Founded in 1975, the Odiyan property consists of about a thousand acres of ridges and meadows located 1,400 feet above the Pacific Ocean. To heal the land, which had been overgrazed and scarred by logging, over 270,000 trees have been planted, and through the years, the splendor of the environment has been restored. One hundred and eight land stupas mark out a pilgrimage route, sanctifying every acre. The beauty of the natural world has an intrinsic sacred dimension and forms an integral part of the mandala as a living aesthetic creation.

For centuries, the acreage upon which Odiyan stands had been sacred to the Pomo Indians of the California coastal range, who called it the Crest of the Condor. Under the direction of Tarthang Rinpoche the rolling hills, forests, ponds, and meadows have been blessed and empowered by multitudinous offerings and ceremonies and by one hundred and eight land stupas marking out a pilgrimage route, as well as by the construction of temples, sacred monuments and by the addition of many hundreds of prayer flags.

The beauty of the natural world has an intrinsic sacred dimension and forms an integral part of the mandala as a living aesthetic creation.

The combination of natural and sacred Beauty makes Odiyan a unique place, inspiring people from all walks of life to engage wisdom and compassion. 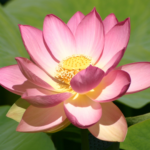 We Need Your Help!

Donate today to support the work of the Nyingma Mandala

Donate to the Nyingma Association of Mandala Organizations